Famous Pictures that Turned Out to be Fake…

The shy and gentle Loch Ness monster, or Nessie as it’s affectionately called, was (apparently) a long-necked creature with fin-like limbs that swam the deep waters of Scotland.

Well, at least that’s what some believed.

This belief was strengthened when in 1933, a photographer took a picture of what he claimed to be Nessie. It had the signature long neck alright.

It went on to become one of the most famous pictures of the weird and the paranormal in the world.

Years later, the photographer, thinking he was on his deathbed, confessed it was all a hoax. He and a friend had used a toy submarine and their imagination to fool a lot of people. 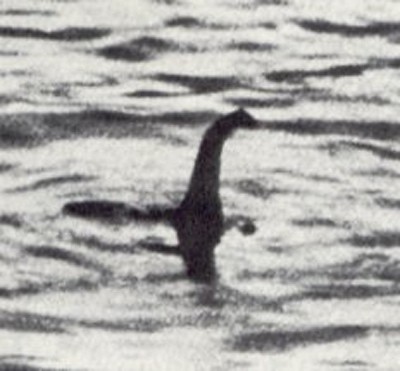 1967. Bluff Creek, California. Two men by the name of Roger Patterson and Robert Gimlin claim to have caught Bigfoot on tape. The case and the ensuing image of the big hairy fella became one of the most famous reported sightings in a long time. Many believed the image was the real deal – including die-hard Bigfoot fans. However, it was later revealed by a colleague of Patterson and Gimlin (Bob Heironimus) that it wasn’t actually Bigfoot – that he’d donned an ape costume for the film. 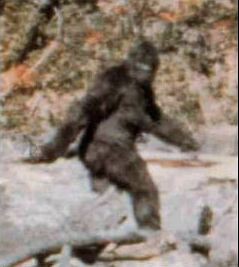 3) The Battle of Gettysburg, Devil’s Den…

In July 1863, a famous photographer took a picture of a dead soldier (a sharpshooter). It became the most prominent picture to emerge from the Civil War.

To all intents and purposes, this is where the soldier had fallen. And the world had no reason to think otherwise. However, almost 100 years later, it emerged that, apparently, it wasn’t where he had fallen at all – there were a series of 5 other photos in which the body appeared to be in different locations. It is claimed the photographer had moved the body in order to achieve a better composition. The theory is that the picture where the photographer claimed the sharpshooter fell was the last location he was moved to (and the last picture taken). 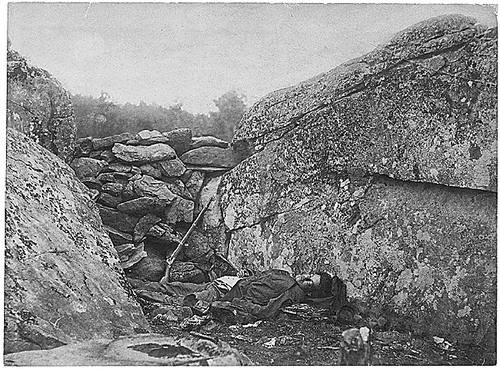 4) Jane Fonda and John Kerry at an Anti-War Rally

None of this ever happened. Fonda and Kerry were never at the rally. Neither were they anywhere else together. The clever clogs who devised this collage got hold of one individual picture of Fonda and one of Kerry, and proceeded to combine the two together.

p.s.: One picture was also a year older than the other. 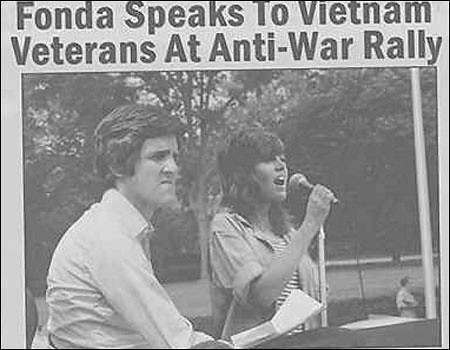 This particular case was a bit freaky as the alien the autopsy was carried out on looked quite creepy with its big old eyes and head. It was unlike any alien people had been accustomed to. The filming of the autopsy got a lot of exposure; however, in 2006, the mastermind behind it all, Ray Santilli, owned up – well, sort of – the thing is he claimed the autopsy was a staged reenactment of one that actually took place at some point. I suspect that even if he was telling the truth about the real autopsy, with his track record, who would believe him? 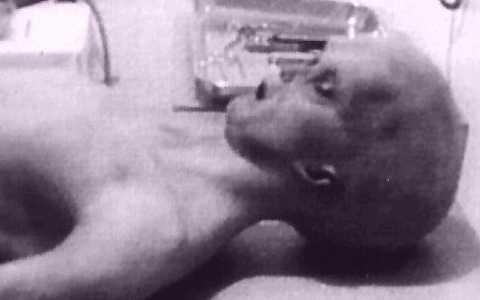 There are probably as many fake pictures of ghosts as there are ghosts themselves. One of the more famous ones (because of its location) was an apparition supposedly caught on a security camera at Hampton Court. The picture made it to the press but was proven to be fake. Hampton Court has more than its fair share of hauntings – King Henry VI’s 3rd wife, Jane Seymour, for instance, who died in the tower during childbirth – so I guess the person who orchestrated the hoax was probably thinking: what’s one more ghost added to the fold? 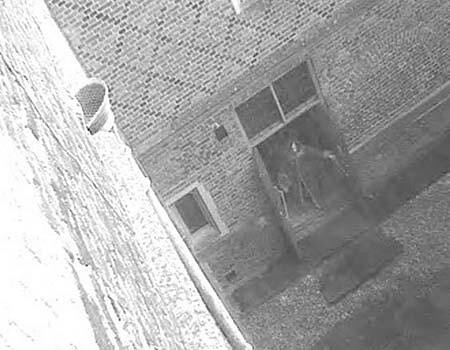 I wish this one was true, but alas, it’s not. Sadly, George Bush can read and the picture above was just someone’s wishful thinking.

So the little girl wasn’t telling him to keep up. And Georgie wasn’t asking her how to spell America.

He’s dumb. But not that dumb. 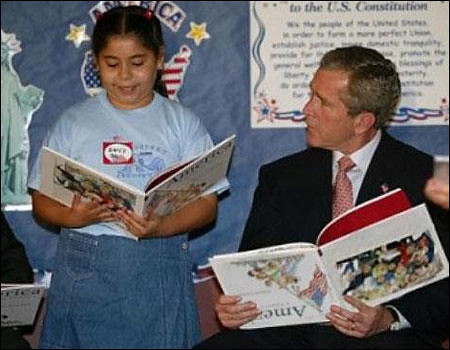 In 1917, two girls (Frances and Elsie) took a series of pictures of what they claimed to be fairies that frequented the nearby brook where they lived.  How anyone could have thought the fairies in the picture were anything but fake is beyond me. Maybe it looked real back then as photographic technology wasn’t as advanced as it is today.

Much later, when Elsie was 83, she admitted that the picture was a fake –  and had been made out of magazine cut-outs and secured in place with hatpins. Frances, however, still continued to maintain that there was a real fairy amongst the pictures (in the 5th photo). 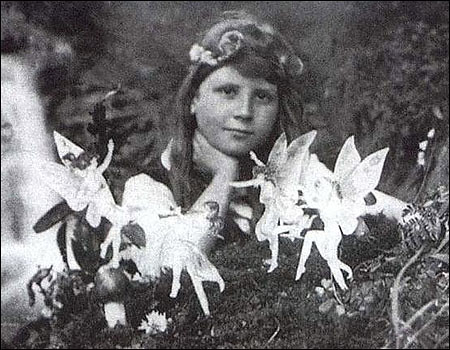